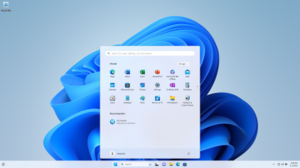 On June 24th, Microsoft announced Windows 11, it’s evolution of the Microsoft Windows operating system. While hard to believe, Windows 10 was released almost 6 years ago, on July 29th, 2015. Microsoft hasn’t officially announced a release date, other than stating it will be “coming later this year”.

A new version of Windows?! What does this mean for me?

But, if you’re happy with Windows 10, or your system does not meet the expected requirements to upgrade (which we’ll get into below), that’s fine for now: although subject to change, Microsoft has stated they will continue supporting Windows 10 until October 14th, 2025.

If you’d like to upgrade when Windows 11 becomes available, read on:

Alright, what are the requirements?

Microsoft has stated that this will be a free upgrade for all users running Windows 10, and the free upgrade will upgrade them to same edition of Windows 11.  Most PC’s purchased in the last 18-24 months will be compatible with Windows 11.

Microsoft has said that Windows 11 will support computers containing the following:

Whoa, hold on…all those requirements are a bit complicated for me to understand, is there an easier way to check?

Keep an eye out at the bottom of this page from Microsoft’s website, specifically in the “Check for compatibility” section, as we expect a tool to be released there when it’s ready. We’ll also update this article with information when it becomes available.

What are you going to do to help us upgrade?

Generally, updates are included in our MSP agreements, while upgrades are not.  Windows 11 is a version upgrade, and planning for and deploying these upgrades will likely be a billable project, along with mitigating any problems that occur as a result.

Microsoft has not yet released specifics on the upgrade path, and while we’ll probably jump on this ourselves to learn the quirks and issues, we’ll be recommending that clients hold off for a while until the issues are known.  Usually drivers and software incompatibilities crop up.  We’ll need to know more before we can say for sure what the upgrade path looks like for our clients.